Have you ever thought about what kind of student you are? Do you personally believe you are a good student? There is a health teacher at Stevens Point Area Senior High (SPASH) to help with that. 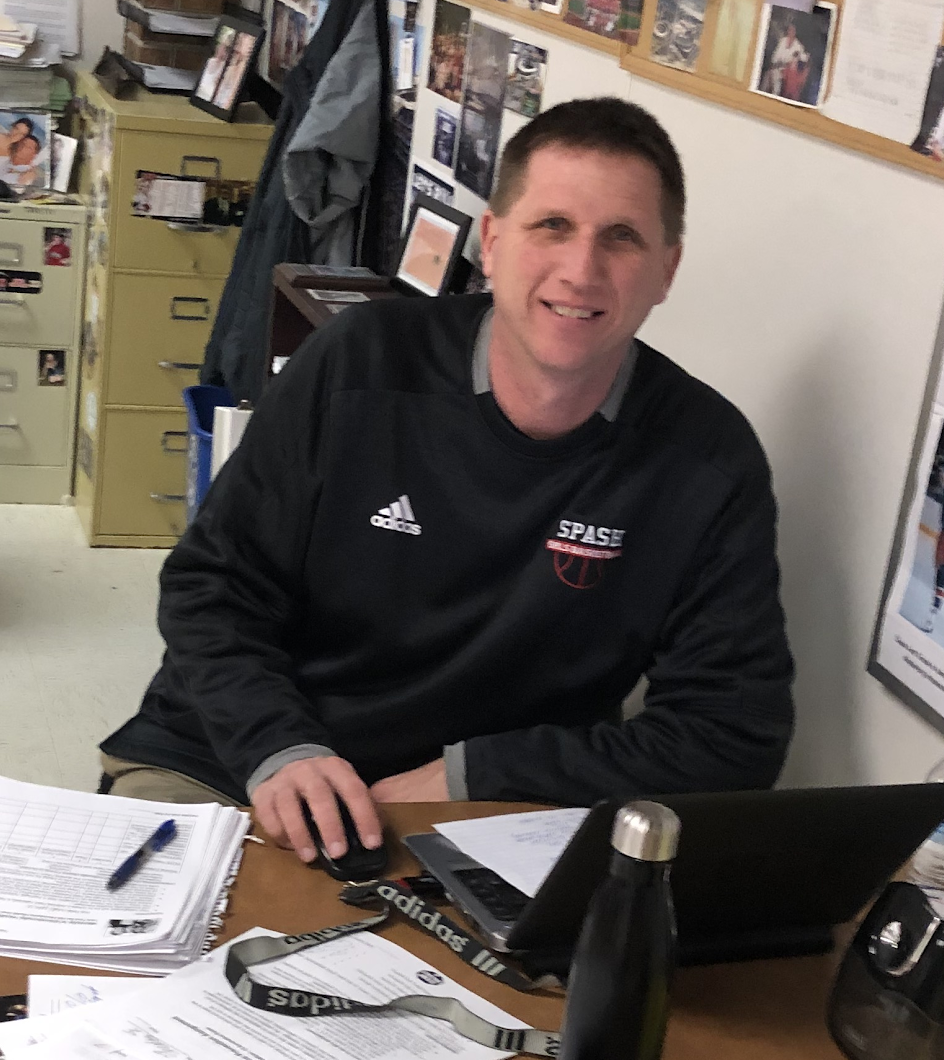 Kraig Terpstra, a health teacher at Stevens Point Area Senior High (SPASH), as well as the head varsity baseball and girls basketball coach, says he makes suggestions to students who are struggling in school.

Growing up, Terpstra was a popular kid who was an athlete.

Terpstra really loved math in high school and wanted to shoot for a career in that field. Later on in college, he still wanted to have a major in math but with the great coaches and teachers he had as role models, he found the best career for him. He then worked at the Boys and Girls Club in La Crosse, Wisconsin where the idea of working with younger kids really got to him and helped him switch to the teaching field.

Terpstra tries every day to teach what he knows best to his students. If a student is struggling, he shows them he cares and tries his best to motivate them.

Everyone should always try their best in school because it’s preparing them for their lives in the future. Terpstra said, “In the classroom, I’m putting up with kids who don’t try at all almost daily. But not as often with athletes even though sometimes it can go up and down conditionally and emotionally, so I have to deal with stuff like that.”

Though the health curriculum can be challenging at times, Terpstra still tries to help his students succeed and make the class an enjoyable experience.

Sometimes it might be hard for the student or athlete to have a good relationship with a teacher or coach. Terpstra wants all of his students and athletes to want him to help them with their problems. He said, “Whether it’s with my students or my athletes, I just try to have professional relationships with mutual respect.”