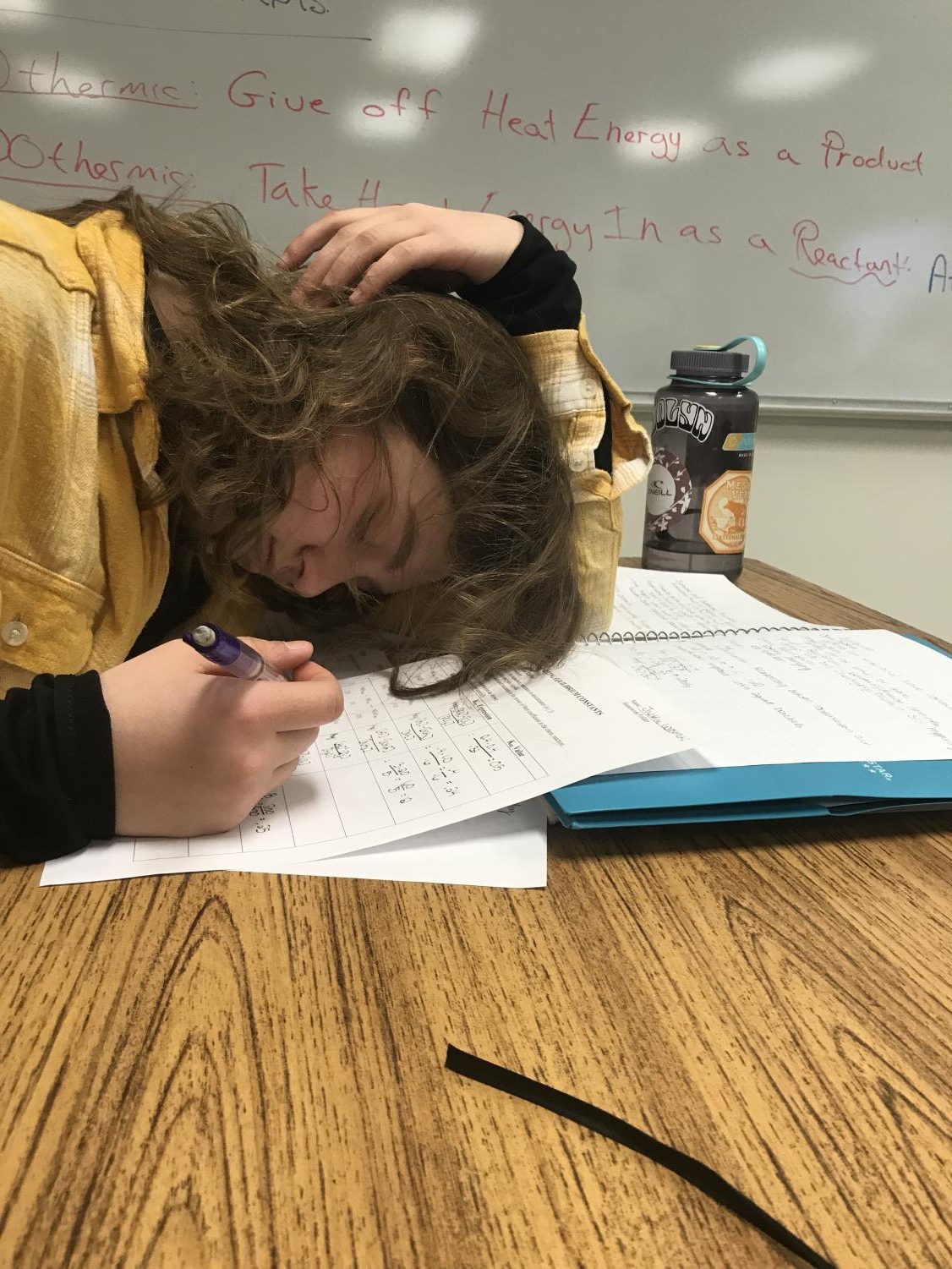 Leonardo Da Vinci once said, “a well-spent day brings happy sleep”, but that may not necessarily be true for most students.

Studies show that students are not getting enough sleep and the most probable reason is the early morning starts to the school days. According to U.S.News, only five percent of students get enough exercise and sleep to meet the national recommendations. Teens anywhere from 14 to 18 years of age should get eight to ten hours of sleep each night.

Stevens Point Area Senior High (SPASH) student Jacqueline Wisinski is one of the many students who feel as though she does not get enough sleep.”I don’t think my school understands that I have a job, hobbies, a life and that’s why I don’t get enough sleep,” Jacqueline said.

Students can have busy schedules ranging from school to other activities such as sports, clubs or work. This means that students may not have the opportunity to get the necessary amount of sleep they need.

Lack of sleep can lead to struggles in school and it can be harder for students to focus on their day to day activities. If students had more sleep they would be more focused and ready to learn.

Sleep is not only important to boost academic abilities, but is important for the physical and emotional well-being of students. The National Sleep Foundation states that little sleep can, “lead to aggressive or inappropriate behavior such as yelling at your friends or being impatient with your teachers or family members.” It can also lead to an increased probability of using nicotine or caffeine.

A survey was done by the National Sleep Foundation which showed that 73 percent of students who said they were sad or depressed also said they were not getting enough sleep at night and were very tired throughout the day.

Students need more sleep, and there are a number of ways to make sure that happens. The National Sleep Foundation and the American Broadcasting Company (ABC) News both suggest that students can get more sleep by having schools start later in the morning.

Schools in Minneapolis decided to start at a later time of 8:40 a. m. instead of 7:15 a. m. and the results had a positive outcome. The students were able to get an extra hour of sleep and were more engaged in their daily activities according to ABC News.

“It is time for high schools to synchronize their clocks with their students’ body clocks so that teens are in school during their most alert hours and can achieve their full academic potential,” California Representative Zoe Lofgren said.

Without knowing if schools all around the nation will change their start time, there are other ways that a student can try to get more sleep. The National Sleep Foundation has tips such as take naps, create a sleep schedule and try not to eat, drink or exercise a couple of hours before bed.